This bone set has several interesting features. It is unmistakably English and has all markers of 1700s which could be seen in Washington pattern as well: urn-like bases and necks + bent horse heads. All pieces besides Rooks are normal 18th C. English.

The rooks, however, are quite similar to the well known elaborate "Spanish pulpit" pattern which most probably has not anything to do with Spain. See examples of that pattern here, here and here. Besides Rooks, all these sets have common colour of the black side and the screw threads seem to be similarly manufactured as well. Researchers and collectors like Michael Mark and Hans & Barbara Holländer (see the famous exhibition catalogue) have long classified these sets as English but attribution to Spain still persists among some people. My set might be considered a further proof for the English origin.

The trouble with the Pulpit pattern is that there does not seem to exist two identical Pulpit sets and their number is rather low compared to the output of major chess set makers. It is still unknown if the same maker produced other sets and who he might have been. This set, for example, is rather similar to mine albeit Rooks.

All 32 pieces are present. There are some restorations (one Black Knight head is replaced and some crenellations repaired) which do not affect the overall impression. Rather contrary, some damage is expected if a chess set is more than 200 years old. The set has not been restained. Taking into account the original colour, screw threads etc., I am completely convinced that the Rooks are original to this set.
Posted by Owner at 5:18 AM 8 comments: 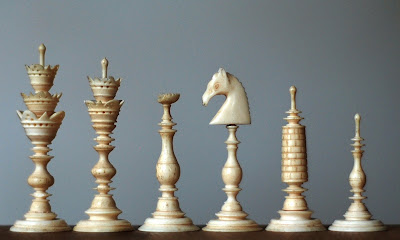 A collection of Continental Selenus pattern pieces made of bone. It is not even a partial set, but all kinds are represented and the existing pieces are in good order. One can spot similarities with 18th C English Bird Nest pattern. The small-headed Knight looks also rather early. I think that the lot comes from the 18th century.
Posted by Owner at 12:14 PM 12 comments:

A wooden chess set from the 18th century Italy.

Came with a box-board with drawer for wooden checkers. The board might come from the same period since the veneer is hand-sawn. The joints seem to be hand-made as well. It would be a definite marker of 18th century manufacture if it was British, but I am not so sure about Italy. The set itself is housed in a round container, which is most probably original.

An 18th-century ivory set from England. This small-cupped pattern is often called "Bird Nest" and looks like an English variation of Continental Selenus design. 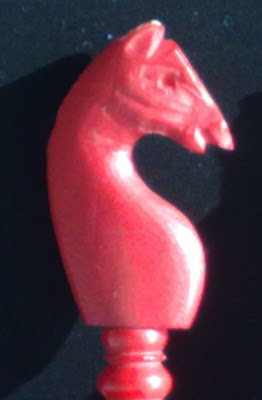 The Knight head is pretty well worked for it's small size. It seems to have similarities with carvings of some French Knights from the same period.

Danish variation of the Selenus pattern

An ultra-classic example of Danish Selenus pattern variation. These rather small but elegant and delicate bone sets are commonly dated to late 18th century.
Posted by Owner at 3:56 AM 1 comment:

This set might be Danish but could in fact originate from Germany, Austria or Netherlands just as well. A somewhat similar but fancier set can be seen in "Schach Partie Durch Zeiten und Welten" page 222.

The same set photographed with flashlight.
Posted by Owner at 12:12 AM No comments: 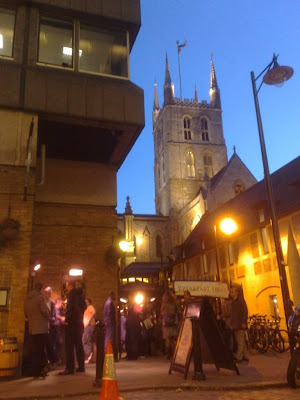 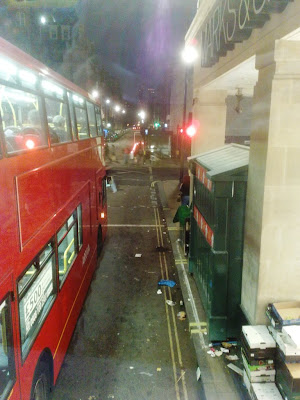 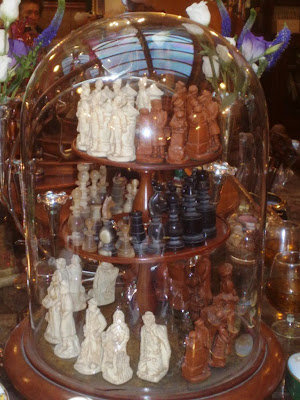 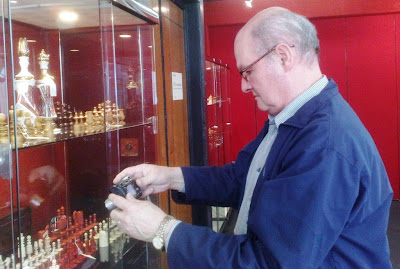 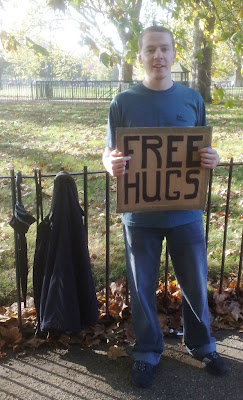 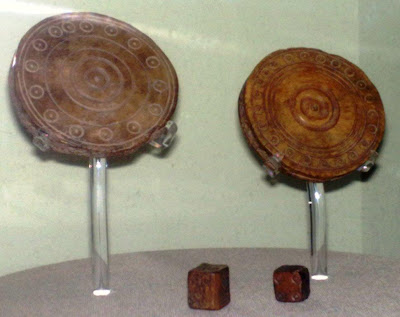 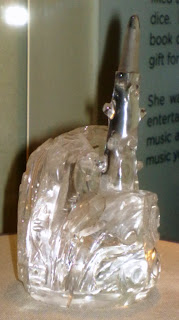 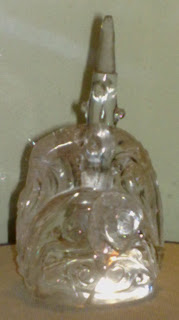 A gorgeous rock crystal chess piece from the 11th century exhibited in the Tower of London.
Posted by Owner at 12:19 PM 6 comments: