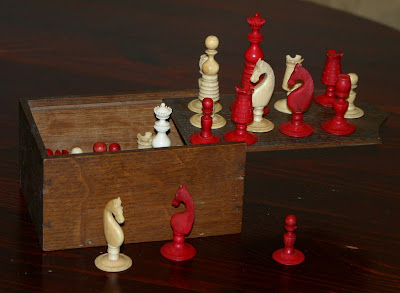 A similar set was used by George Washinton in Mount Vernon. It was a common pattern in 18th century. Characteristics of the original set include urn-like stems, conical middle section of Kings and Queens with rings, brickworked and monoblock Rooks, arched Knights with flat foreheads and short mithras of Bishops.

This set has stepped rooks and is made of ivory while the original set is made of bone. The upper part of white King has been restored.

It dates to the 2nd part of 18th century.

Update Sept. 6 2009: chess pieces of similar design where salvaged from the wreck of "Halsewell" sunken in 1786 , now in Dorset County Museum: 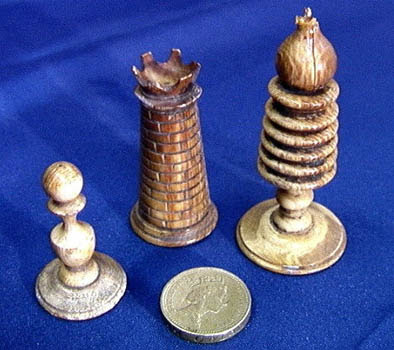